In the early years of 1880, James and Sarah Thornton set aside a portion of their farm for a meeting each year.  After about ten years, the Thornton’s sold the present forty acres to the trustees of the church of the living God for the sum of $80.00.   This would be a permanent location for the campmeeting in the years to come.  This transaction was made October 25, 1898.  It is recorded in book 12, page 178 at the recorder of deeds office in Vienna, Maries County, Missouri.  It is dated September 24, 1901.  Theold campground acreage returned to the Thornton’s original farm.  The “new campground” was ready for building.  A sawmill was moved to this new location in about 1904.  The trees were cut and sawn into lumber to build the tabernacle which still stands as a monument to the faithful children of God.  Other buildings built at that time were a hotel, a commissary and some cabins. 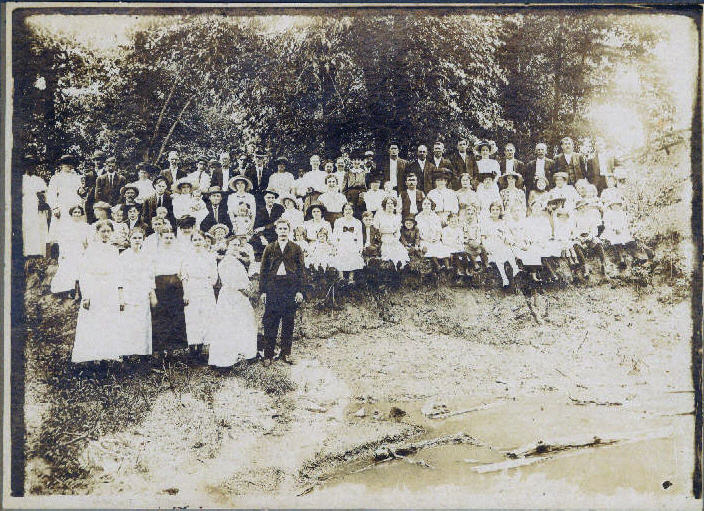 As happy people traveled in wagons, buggies and on horse back, they sang songs along the way.  Everyone knew it was “campmeeting time”.  Many camped for the whole meeting in the cabins, tents and covered wagons.  They brought enough food to last for the meeting.  This included a coop of chickens, some country-cured ham and bacon, canned and dried fruit, cornmeal and flour.  Several had small wood cook stoves where they could bake their bread.  Even old “Jersey” got to come to campmeeting!  The faithful milk cow walked behind the wagon.  Straw ticks were filled for beds.  Everything was ready for the meeting.  The kerosene lanterns lighted the tabernacle at night.  The evangelist needed a good strong voice with plenty of volume to speak to such a large crowd. 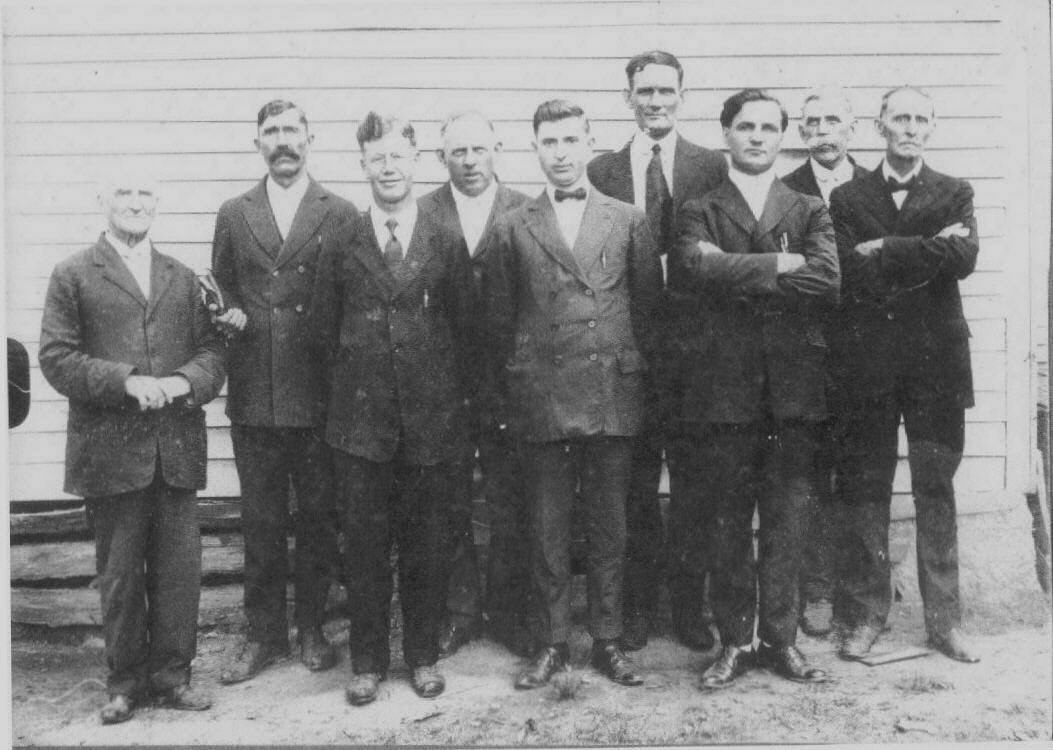 A group of ministers in front of the old parsonage

On Sunday afternoons, those who could not find room in the tabernacle gathered a short distance away and a minister would stand on a large tree stump or a wagon and preach to them.  Many people point back to these gatherings as a source of their Christian experience–often testimonies of divine healing.  Young people met their future husbands or wives at campmeeting.  Six generations have worshipped here.  Campmeeting was always planned to be held after the summer harvest.  August was the month everyone looked forward to.  The first Friday night was the beginning and the second Sunday night was the end.  Over 125 years later the tradition is still going on! 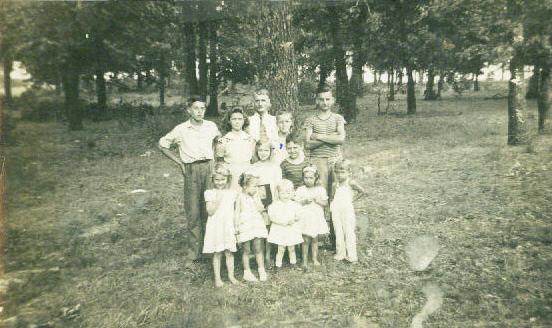 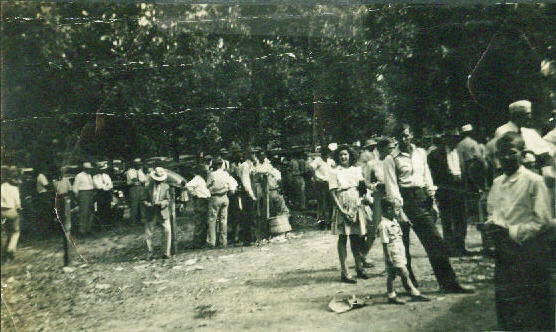 Many people came to see what the excitement was all about